Four Reasons why Social Media is Like a Cocktail Party

Four Reasons why Social Media is Like a Cocktail Party 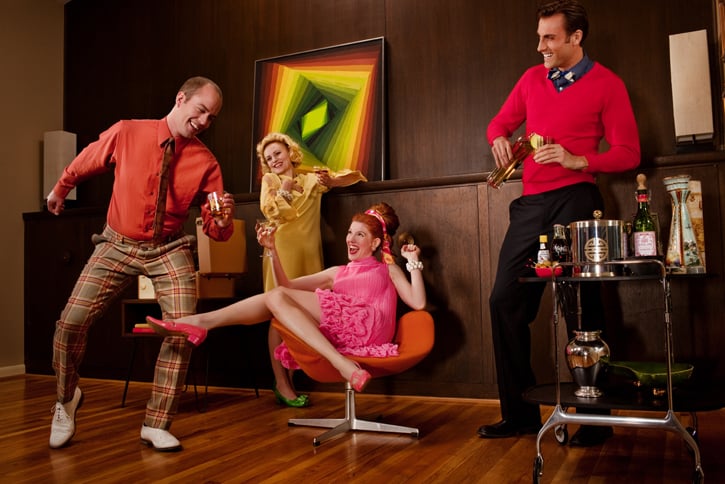 From time to time I do some one on one coaching helping individuals “get” social media.  It doesn’t matter who it is, I inevitably end up using the analogy of social media as a “cocktail party”, where all the people you ever knew are there, as well as quite a few you’d like to meet in the future.  It’s an analogy which seems to work really well for people, so thought I’d share it with you.Let me know what you think..

You bump into people you’ve not seen in ages

We all mean to keep up with our “network” and in the old days that would have involved going to work and college re-unions, networking events and sending out unsolicited emails with “updates” on what you’ve been up to. These days though, if you use LinkedIn and twitter effectively you can not only keep in contact with the network of folk you are working with right now, but you can also say hi to those that maybe you’ve not seen for a while and/or are geographically distant from you.  Better that that, it’s not just a once a year opportunity. Many of my current clients  have come to me either directly or indirectly from taking the time to re-connect with those that I’ve worked with the past. I suspect it might be the same for you too.

You overhear and then can join interesting conversations

Your LinkedIn network no doubt is full of people who circle around the industry that you work in and are interested in similar topics. If you build up your twitter follower/following carefully there’s no reason that it won’t be the same there too.You can use LinkedIn groups and status updates and tweets as an opportunity to join existing “conversations” with some new people. Not only will you make some new contacts in this way, but also each comment or tweet will make you visible to others at the “party” too.  You gadfly you..

We all like personal recommendations and for me, I love to connect people in business that I think can help each other out in some way. Social media is great for doing that and a lot easier than fumbling through a business card wallet trying to find a phone number or email address. Forget that, just include the two in a tweet, or provide a referral on LinkedIn and your work is done. And if you believe that one good turn deserves another, maybe they’ll be keen to introduce you to their contacts when the time is right too.

You can arrive and leave whenever works for you

Social Media is a great way of utilising that chunk of downtime when you’re sitting waiting for your next meeting to start or you’re in the departure lounge waiting for your flight. A quick check of status updates and tweets, and a quick tweet and/or status update yourself and you’ve again raised your visibility – a shout across the crowded room if you will to an old friend.

Of course, it’s not JUST like a Cocktail party – the dress code is casual, the canapés are a lot more variable, and I’m afraid you’ll have to supply your own alcohol. Well, what do you expect for free?

This site uses Akismet to reduce spam. Learn how your comment data is processed.

Get our tips, posts and news
delivered direct to your inbox!

We promise not to spam you - ever.

You have successfully subscribed to the newsletter

There was an error while trying to send your request. Please try again.